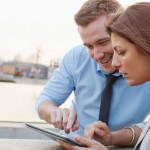 The Russian Startup Tour got underway on Tuesday in Rostov-on-Don, where more than 100 fledgling copmanies have signed up to take part in the first of 12 two-day programs. The fifth edition of Russia’s biggest innovations roadshow – the third in its current guise – will take in 10 domestic cities and, for the first time, two foreign ones: Almaty in Kazakhstan and Minsk, the capital of Belarus. “The Startup Tour is a forum that allows you to air your ideas,”

said Skolkovo president Viktor Vekselberg, opening the event along with Rostov governor Vasily Golubev in the presence of hundreds of entrepreneurs and other guests.

“In Skolkovo we have created an entire system that can help you realize your potential. We want you to have the confidence that if you have an idea, this idea will find support in us, to try to make it happen.”

The Rostov stop, where the tour set up shop at the Don Plaza hotel and congress center, allows startups from all around Russia’s south to take part from Astrakhan to the North Caucasus.

The purpose of the tour is to stimulate innovation-development in the Russian regions by giving local innovators the tools they need to commercialize their ideas, from mentorship to financing and other support mechanisms.

The format is the same in each city: Day one is devoted to the training side, with master-classes for young innovators and round table discussions, while day two sees the pitch sessions, where fledgling companies present their products and services on stage and are judged by a panel of experts. The winning startups are invited to the Startup Village at the Skolkovo Innovation Center in Moscow in June.

Invited to take part in the pitch competition are startups and projects at any stage of development: from abstract idea to finished prototype; from a legally registered company to a group of friends; from a bunch of classmates to individual scientists, entrepreneurs or researchers.

A theme of the Rostov stop is how technology can be developed to stimulate the agriculture sector, which will be discussed as a round table topic.

After Rostov, the tour travels to the Siberian city of Tomsk for February 11 and 12, before rolling into Nizhny Novgorod the following week.

Stops in Kazan and Yekaterinburg precede the tour’s first foray outside Russia, to Almaty on March 19-20. The following weeks take in the western and eastern extremes of St. Petersburg and Vladivostok, with Krasnoyarsk featuring before the trip to Minsk on April 14-15.

It ends with Ufa and, finally, the Moscow region, on April 30.

Rostov is Russia’s 10th-biggest city, one of 13 to have a population of over 1 million.