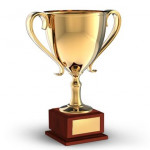 Russian startup Oriense, which has developed a system to aid the blind and visually impaired, was among the top three startups in the world at the finals of the international StartUp Cup competition, held in Yerevan, Armenia on Mar. 6.

“The World StartUp Cup is a high-impact event designed to showcase and celebrate the world’s most promising entrepreneurs and startups from every conceivable industry”,

The Russian team’s submission combined geo-positioning technology and computer-aided sight. According to jury member and private investor Mikhail Demidov, the creators of Oriense offered a good presentation of the project during the competition, demonstrated a working prototype of the device and have created a workable business model. Oriense has previously received investment from the TMT Investments fund.

First place in the competition went to a team from Pakistan, Go Fig Solutions, which presented a system for the automatic monitoring of public data on the Internet, which allows it to predict social upheavals in a particular region. According to the organizers of the competition, the U.S. Civil Service has already expressed interest in the development. The StartUp Cup finals included projects from Pakistan, Egypt, Malaysia, Russia, the Philippines, Lebanon and Ghana.

All of the finalists were selected on the basis of local competitions.  StartUp Cup is a global network of locally-driven “accelerators without walls” open to any type of business idea. It can be replicated in any community and is a proven model to create viable businesses, grow jobs, and enhance entrepreneurial ecosystems.

It is an official partner of the U.S. State Department’s Global Entrepreneurship Program, an effort to promote and spur entrepreneurship around the world. Approximately 1,100 startups from 21 countries participated in the qualifying rounds this year.