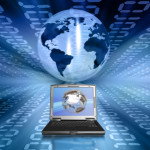 Nizhniy Novgorod-based Doroga.TV has received permission from the Metropolitan Transit Authority (MTA) in New York on a test launch of software it has developed for the online tracking of city buses according to Russia’s Venture Business News. If the test is deemed successful, the system could become a permanent feature of the city’s transport resources.

The new service is intended to give New York City residents the opportunity to view the location of public transport online, to find out the approximate time a particular bus is due, and to calculate the best route between points. In addition, Doroga.TV plans to analyze data obtained by satellite using GPS-receivers installed on the buses to provide statistics to the MTA.

At the moment, the test covers only part of the city’s many bus routes and limited access to the service is currently available only via cloud.doroga.tv. By the end of October it is expected to go live with access available to city commuters.

In Russia, the Doroga.TV service is used in Nizhniy Novgorod, Kazan, Kaliningrad, Tambov, Penza, and Irkutsk. Moscow, however, according to the company’s executive director Evgeny Makarov, was not included in the list for “bureaucratic reasons.”

Doroga.TV was founded in 2007 in Nizhniy Novgorod and employs 12 people. The company implemented its first online service for public transport in 2008, with data from video cameras in the city used to provide data on traffic patterns.