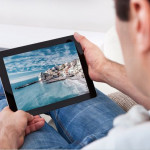 The deal was revealed last week by Russian business daily Vedomosti and confirmed to East-West Digital News by Mangrove.

MCI, the only new investor in the round, contributed “more than $3 million” in exchange for a stake of “less than 10%,” according to a source close to the deal cited by Vedomosti.

The Polish fund may invest an additional $3 million in the future.

“Oktogo is a healthy and successful company with a clear vision of the future,”

“In Russia today, getting funding from a foreign investor is a major stamp of approval for the company,”

underlined Mangrove partner David Waroquier in an exchange with EWDN.

“Oktogo strongly benefits from the current solid growth in the domestic travel market as well as its focus on superior service from the very start.”

Waroquier sees Oktogo as an important asset given its

“leadership position in the domestic hotel booking segment in such a gigantic country as Russia.”

Western and Russian funds have injected nearly $40 million in total in the company since its inception in 2010. Mangrove was among the early stage investors back in 2011.

Oktogo’s latest round took place in December 2013, with Russia’s VEB Innovation investing $5 million in the company.

The Russian online travel market amounts to some $10 billion annually, according to PhoCusWright data cited by www.Travel.ru.