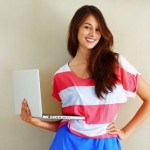 CNews Analytics has released its annual CNews100 rating, which finds that turnover at Russia’s largest IT companies in 2013 remained stable despite predictions to the contrary.

Total revenue at the 100 largest IT companies in Russia in 2013 amounted to 918 billion rubles ($27.1 billion), the first time since 2010 that the growth rate did not decline. Adjusted for inflation of 6 to 6.5 percent, the figure is still rather negative. In real terms, a decline of 2.4 percent was observed. A year earlier, the CNews100 showed revenues of $919 billion rubles with growth of about 6 percent.

22 companies rated in the CNews100 saw their revenue decline in 2013. In 2012, only 11 companies found themselves in the same position. Several players that had, in the past, provided data to the CNews100, refused to participate this year, which probably implies a negative trend, CNews reports.

Companies that operate across Russia lost in the growth stakes to regional players. To be included in the CNews rating, the minimum revenue threshold was 471 million rubles ($13.9 million) in 2013, compared to 669 million rubles ($19.8 million) a year earlier.

Stagnation inevitably affected the IT labor market. In 2012, the top three fastest growing companies (by number of employees) in the ranking hired new personnel by thousands. In 2013, 19 of the top 100 reduced staff numbers.

Regional IT companies occupied 26 places in the top 100. The earnings ratio between small local payers and enterprises located in Moscow has not changed since 2012. The 26 companies working in the regions account for 8 percent of the top 100’s total revenue.

While St. Petersburg still leads the pack of regional players, it’s revenue has fallen. In 2012, St. Petersburg accounted for 60 percent of regional turnover, while in 2013 that figure stood at 44 percent. Second place belongs to Yekaterinburg, with a 11.3 percent share of total regional revenue, up from 7.2 percent a year earlier. Perm occupies third place with a share of 11.2 percent of total regional revenues.

The Top 5 IT companies in terms of revenue in 2013 according to the CNews100 are;