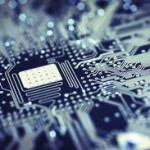 Russian company Yandex, which owns the Yandex Internet portal, has revealed details of its sale of shares in Israeli software developer Face.com. Last summer Face.com was acquired by the Facebook social network, but the terms of the deal were not made public.

At the time of the sale, Yandex owned 18 percent of Face.com. For their shares in the company, Yandex received $5.7 million in cash and 140,000 shares of Facebook, which is.005 percent of the total shares of the social network. The value of Facebook shares to date is $4 million.

In 2010, Yandex paid $3 million for its share of Face.com making the company’s profit from the transaction an estimated $7 million, receiving a two-year return on investment in Face.com of 230 percent. In total, Face.com, according to the same estimates, was valued at more than $50 million.

“By the time Yandex sold its share of Face.com, the value of its holding had increased 2.5 times,” said Anna Zaitseva, an analyst with Finam Management. “Even though the project had demonstrated successful growth, the decision to cash in its options looks quite justified. As for the company’s new interest in Facebook, the amount of the shares do not offer any strategic advantage, so Yandex can either sell the stocks, hold onto them or even increase their stake in the company.”

Yandex has not commented on whether or not it plans to acquire further interests in Facebook.

Face.com is a developer of the face recognition technology which is used by Facebook, and by Yandex’s Yandex.Fotki service.

Face.com is not the only foreign project in which Yandex has invested. In 2011, the company paid $15 million for a 10 percent stake in the U.S. search engine Blekko. The stake does not give Yandex any influence within the company.

Russian companies have already had some experience of successful investment in Facebook. In 2012, Mail.ru — Yandex’s biggest competitor — sold 16 million Facebook shares valued at around $370 million, on top of a more than $700 million sale as part of the Facebook IPO. The sale was followed by a dividend payout to Mail.ru shareholder.