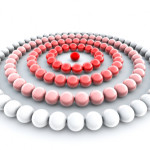 RUSSOFT President Valentin Makarov spoke on the major issues facing the IT industry in Russia at the Funding IT Companies conference held in St. Petersburg on October 27.

In his address, Makarov called the Russian IT industry the most market-driven sector of the domestic economy which, since its inception, has labored under difficult conditions. Because IT has almost no tangible assets, the industry escaped the privatization, raiders and criminal activity of the 1990s. As a result, the IT industry has now become the object of increased attention from international investors.

In The Economist’s global survey of competitiveness in the IT industry Russia ranks 46th, lower than other BRIC countries. The task of the IT industry, according to Makarov, is to prevent tax increases, to decrease the amount of administrative barriers and to encourage support for high-tech exports from the state.

“The more developed the country is as a market economy, the greater the need for IT. For the market to grow, competition must be enhanced so as to reduce the state’s share in the economy and help it turn away from monopolies.”

A significant challenge facing the IT industry is the difficulty of importing hardware on which new software can be tested. According to Makarov, customs official still cause many delays due to their ignorance of the needs of the industry. This despite the fact that state support for the IT industry has never been greater.

“By supporting exports, the government encourages innovative development, said Makarov. Several factors can help move the country in the right direction: the Russian president’s initiative to modernize could include a strategic body responsible for reducing administrative barriers, a program to support high-tech exports could be implemented, and an association responsible for organizing activities that promote Russian developments abroad could be created. But the main thing is that the state should be interested in the development of the industry.”