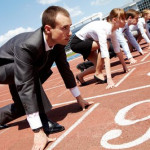 Russian Venture Capital’s (RVC) Center for Innovative Development in Moscow has begun recruiting for GenerationS 2014, a nationwide competition for technology startups run in cooperation with the Moscow municipal government.

The competition will pre-select the best projects in terms of investment potential from teams located across Russia and the CIS.

“Moscow is the country’s largest scientific and financial center,”

“In addition, the government is a major client for innovative solutions. So Moscow, having these resources, can and should be the driver of development for technology projects throughout Russia.”

GenerationS was launched in 2013 as part of an RVC initiative to develop the Russian venture capital market and is part of the technology startup Support Program, launched in 2013 by the mayor of Moscow. The contest aims to develop the innovation ecosystem in Russia, as well as significantly increase the number of high-tech projects of interest to both Russian and international venture capital investors.

GenerationS 2013 received 1,600 applications from different companies, of which 70 projects were selected for the acceleration program. Following the contest, seven companies found investors, six are currently in development talks with investors and three took up residency at Skolkovo. In addition, a number of the regional participants opened representative offices in Moscow.

“Meetings with organizations it would have taken us months to arrange took place a few days,”

said Denis Sharov, one of the founders of the Novosibirsk startup Appercode, a GenerationS 2013 winner.

Applications for participation in GenerationS 2014 began on Apr. 10.

This year GenerationS plans will concentrate on four areas seen as having the greatest potential for innovation development and investment worldwide — Information Technologies, Industrial Solutions, BioTechMed and CleanTech.

Evaluation of the projects submitted for GenerationS 2014 will be carried out by the independent Russian Startup Rating agency. Following the first of a two-stage selection process, teams from each project area will be invited to participate in industry acceleration programs that are due to start in July and will take place in Moscow, St. Petersburg, Tomsk and other regions across Russia.

Fifty semifinalists are then expected to be selected in the different sectors before traveling to Moscow in mid-October for an intensive coaching program ahead of the final stage of the competition at the Open Innovation Forum, where the teams will present their projects to investors and compete for 5 million rubles ($140,000) and other prizes. The jury will include investors and business angels as well as representatives from the Moscow city government interested in developing innovative solutions for the metropolis.

“GenerationS is a tool for solving a number of infrastructure problems,”

said Gulnara Bikkulova, the director for innovative markets and a board member at RVC.

“Last year, the launch of the project gave impetus to acceleration programs in the regions to intensify mentoring while giving investors a real mechanism to monitor the development of a project before making an investment decision. The task of GenerationS 2014 is the discovery of strong industry players to work with startups and investors in transactions involving investment in technology.”