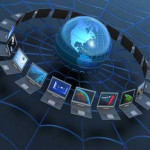 This year, SaM Solutions has once again been awarded the “Best Entrepreneur of Minsk 2011” prize in the “Companies with Foreign Investments” category. The gala ceremony was held on April 6, 2012 at the Belarusian State Academic Music Theater. A total of 15 companies became winners, each in its own nomination, and 33 more were awarded special prizes.

Igor Vasyliev, First Deputy Head of the Minsk City Executive Committee, commented on the results of the contest in the following way: ”Over 37,000 small and medium businesses currently operate in Minsk, along with over 54,000 individual entrepreneurs. In terms of export figures, they generated over 14 billion dollars in revenue for the city. This resulted in a 5% growth of export volumes, compared to the previous year“.

The “Best Entrepreneur of the Year” nomination is held annually and is awarded by the city administration. Based on the public financial results of the work of participating companies and entrepreneurs, the nomination aims to accelerate their growth and stimulate business activities for solving specific socio-economic problems in the country.

By becoming a prize winner, SaM Solutions has once again reaffirmed its high professional level, customer-centric approach and adherence to the highest standards of quality in providing its services.