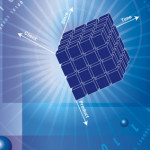 SAP is launching a new business line in Russia and the CIS, the development of custom software for its platforms. In particular the company will be developing and expanding the functionality of implemented solutions, making new implementations, as well assisting its clients in switching the existing business applications to a single SAP platform and providing technical support.

The main objective of the new line is to help clients find the balance between typical solutions and own developments, overcome the consequences of patch automation that is common for many companies in Russia and the CIS, says Roman Zhuravliov, SAP CIS Consulting and Education Director.

SAP Director on custom software development Klaus Weber says the company has created a number of mini-products based on solutions with similar functional developed for different clients in different times. Currently there are 18 such solutions available. One of them is a work schedule planner for employees with hourly work schedule, localized for Russia. The company plans to localize a few more products.

Even with custom development, the development rights remain with SAP. The company says according to its statistics about 5% of clients come to discussing rights issues with the company; however, they are generally resolved.

Roman Zhuravlyov says the company is planning to bring the volume of the new business to 7% of all SAP software sales in Russia by 2015. The company withheld comment on its financial estimates of SAP platform software development. However, it told CNews it is expecting to control 10% of the market.

SAP says its decision to launch custom software development is due to the fact that local clients are now prepared for it, meaning that they have a significant amount of implementations based on SAP solutions. The company expects orders from commercial and state structures. “Any system in the state sector is a potential client for custom development”, says Head of SAP Russia Igor Bogachov.

Among other reasons for launching the service in Russia and the CIS Bogachov mentions the region’s priority for the company. This year the company intends to become 3rd from 4th in its software sales worldwide and it intends to bring revenues to 1 billion euro by 2015. CNews estimates say SAP’s revenues in the CIS exceeded 402 million euro in 2011.

Roman Zhuravlyov says the company has already opened a department on the new business line with 5 employees. It plans to set up a local developers’ team based on SAP’s R&D centre in Moscow that was founded with support from Skolkovo.