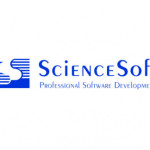 ScienceSoft has substantial background in information security and SIEM. The company became a vendor of IBM by taking part in the development of TSIEM/TCIM and TSOM since 2004. In 2011 ScienceSoft launched SIEM consulting department. Since then ScienceSoft has been working on IBM TSIEM implementation and customization projects around the world as well as has participated in various QRadar installation projects for the potential customers and development of QRadar Log Source Extensions.

Due to wide experience in information security and SIEM, ScienceSoft has been invited to participate in QRadar professional exams creation as an IBM partner as well as took part in IBM TSIEM to QRadar transition guide release.