Security as a Service? We Want It, Say IT Leaders 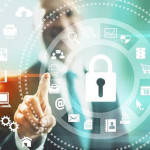 Survey finds cloud everywhere, and with it, demand for security services.

Until recently, security was cloud’s Achilles Heel. Now, many are turning to the cloud itself to provide needed security.

That’s one of the takeaways of a recent survey of 401 IT professionals, released by Insight, a technology services provider. Overall, the survey shows, IT professionals graded their current IT infrastructure an average of “B,” a modest uptick from a “B minus” in 2016. Cloud computing has, for all intents and purposes, simply become “computing.”

The survey also finds enterprises are embracing the Internet of Things. Almost half of respondents report they are embedding IoT into their technology strategies around consumer engagement.

Security (55 percent) and the cloud (44 percent) as the top two areas in which tech decision-makers stated that their IT budgets need to grow. Close to two-thirds report data security is paramount when it comes to investing in cloud services, suggesting the question of the cloud’s safety is a pressing one for many IT personnel

For many organizations, cloud adoption also can be messy affairs. More than three out of 10 report data availability concerns in a cloud environment, and one-third of respondents worry that implementation of cloud services is too disruptive to their organizations.

Most technology decision makers (84 percent) say their organizations invested in cloud services over the past year. For most, it’s a mixed, hybrid approach reflecting a gradual evolution. While only 15 percent have fully migrated their corporate application workloads to public clouds, 47 percent are more than halfway implemented in the cloud, with large and medium companies leading the way.

A majority are also seeing benefits from their cloud efforts. Sixty-one percent report a more flexible and collaborative IT environment. Interestingly, 59 percent also report they have a safer data environment as a result of moving to cloud.

That last item on the list is worth noting – cost savings is the lowest-ranked benefit seen from cloud. Ironically, cost savings is usually the top business case made for moving to cloud, and survey after survey shows this as the leading reason. But as things get underway, businesses begin to realize less-tangible, but harder-hitting benefits such as flexibility and security.

Technology influencers identify security (55 percent) and the cloud (44 percent) as the top two areas in which their IT budgets need to grow. Marketing (33 percent), sales (33 percent), and mobile (30 percent) comprise the second tier for desired budget growth.

While IT leaders are generally satisfied with the state of their infrastructures, they still face challenges when it comes to optimization, with upgrading existing hardware and software as the biggest pain point (53 percent), followed by application integration (38 percent) mobile device integration (34 percent), and better visibility into traffic patterns and data management (32 percent).

In fact, 63% of IT personnel say their companies have begun to adopt a “bimodal” IT approach,where one group focuses on predictability and operations, and another group focuses on innovation. IT as a profession is getting closer to the customer action.

It’s interesting to follow the money in measuring bimodal IT stances. Organizations plan to align 37% of their 2017 IT budgets to maintenance of existing equipment and 32% to adoption of new technologies.

Follow daily IT routines as well to gauge bimodal IT adoption. Nearly half of today’s IT professionals are concentrating on the customer: 49% are concerned with improving the customer experience, and 38% are focused on more consistent customer engagement. Not only are today’s IT professionals tasked with operations inside the organization, but they are now expected to address customer needs as well.At the same time, more than three out of 10 report that ongoing maintenance and support “is their biggest pain point.”