Serbia and FYR show off their talents at EdIT 2014 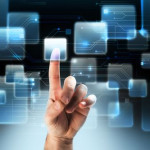 In July, 80 aspiring IT professionals were selected from 550 applicants to attend Comtrade EdIT Summer School 2014 in six locations in three countries – Serbia, Slovenia and Bosnia and Herzegovina.

These future software developers and IT professionals have taken the challenge to spend two weeks of their summer vacation at Comtrade’s Education for Innovative Thinkers Summer School.

During this time, participants got the opportunity to develop their skills through hands-on work, and prepare themselves for the career challenges that await them.

The first week of EdIT school flew by quickly. It was amazing to see what a team of young people can deliver in two weeks. On the final day, each team presented their project to Comtrade employees in Belgrade, Banja Luka, Kragujevac, Ljubljana, and Maribor.

For many IT students, participation in EdIT presents a major career milestone, which provides valuable knowledge and experience they will surely use in their future professional life. The most successful participants are often employed at Comtrade.

2014 EdIT is over, but preparations are ahead for EdIT 2015 that will last from July 6th to July 17th in five locations and from July 20th to July 31st in Belgrade.