IT Service Providers in Ukraine Deliver Despite Political Tensions 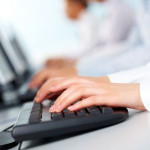 While satellite photographs show Russian military fighter jets and tanks ready to deploy on its border with Ukraine, Ukrainian IT service providers say their outsourcing work has been uninterrupted by the political situation in the region.

“Despite the threat, we are not affected by the situation other than now employees talk more about what they think of Putin versus what they think about the latest movie,”

Founded in 2003 when Pidruchny was a student, Lezgro has development centers in the western cities of Ivano-Frankivsk and Lviv. Should the conflict between Russia Ukraine escalate, Pidruchny says, Lezgro will experience the least impact due to its location.

“If people cannot come to the offices, they will be able to work from home,”

Pidruchny says. In a worst-case scenario, he says, Lezgro could relocate part of its team to Poland.

“In any case, all our work is being synced on repositories and clients’ servers a couple of times per week, which means that risks of non-delivery are mitigated to the maximum extent,”

“I needed a partner who could scale up quickly with no learning curve,”

Becker says he hasn’t experienced any problems or interruptions due to the tensions between Russia and Ukraine and trusts Lezgro to deal with them.

“The politics are complicated so I choose not to discuss them with the team,”

Why Ukraine Was Named ‘Best Market Value in IT Outsourcing’

“Ukraine is not the cheapest location when we speak about hourly rates,”

“But it is really efficient in terms of time spent, and thus results in lower total direct budgets and minimal total cost of ownership of the development project or process.”

Ukraine was named “best market value in IT outsourcing” in the region by the Central and Eastern European Outsourcing Association, which estimates that Ukrainian outsourcing providers will export $764.2 million worth of IT services in 2014, up from $464.2 million last year.

“When shifting to a Ukrainian team, we naturally had concerns. However, our team at IQRIA has gone above and beyond anything we have experienced and was able to deliver a higher quality product well before the deadline,”

“Despite the current events in Ukraine, our Ukrainian team was impeccable across all areas of the project.”

Teams at Lezgro stay in close communication with clients via daily calls, Skype chats and project management software, according to Pidruchny.

“We haven’t heard of any concerns from customers,”

“I have many people writing to me to support and ask for details, but customers were not panicked at all since they saw the same day-to-day communication with our developers.

At a recent outsourcing conference in Lviv, Pidruchny says he asked the audience of 100 IT service providers if any had seen any drop in sales due to the recent months of unrest and just two raised their hands. The rest, he says, said they had stable or growing sales. However, Pidruchny does admit the ongoing uncertainty has had a public relations impact. “Every one of the big players in the industry puts more effort now into showing the current situation is stable,”