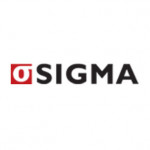 On the 9th of July, 2012 Sigma Ukraine became a co-organizer and sponsor of the 15th .NET User Group meeting in Odesa.

The event at SHAG Computer Academy gathered more than 100 listeners and two technological speeches. During two years of existence .NET User Group meeting has become one of the most favorite events among Microsoft technologies professionals in Odesa. Every event is a great opportunity for mature specialists as well as for students to express their opinion on hot technological topics, share experience and gain new knowledge. Meetings are held in a friendly informal atmosphere where questions may be asked during the speeches, while speakers widely use coding examples and other ways of sharing knowledge.

“By tradition, two or three reports are presented during the meeting, accompanied by active discussions with the audience; at the end of each event sponsoring companies play small prizes among visitors,” says Anastasia Kladova, Sigma Ukraine PR manager.

Dmitriy Gorodnitskiy was first to speak on developing applications for Kinect. Dmitriy spoke about the touch controller from Microsoft and made several live demonstrations. Second speech, devoted to ASP.NET Scaffolding, was made by a well-known Ukrainian speaker ASP.NET MVP Alexander Krakovetskiy.

“We are very pleased to support Odesa .NET User Group meetings, and extend cooperation with SHAG Computer Academy, helping young specialists build their career,” says Valery Krasovsky, Sigma Ukraine COO. “As this year we will hold second NETwork conference, which is mostly devoted to Microsoft technologies, it is very nice to see how .NET professionals’ community continues to grow in terms of activity and technological competence.”

Odesa .NET User Group is an open community of developers, united by a common interest in information technology. Сommunity members organize meetings to exchange knowledge and experience, meet IT experts and professional speakers, as well as to discuss relevant topics and issues in IT area on regular basis.

Sigma is a long-term business partner within information technology. We are a global player with a Nordic base, working in different segments and industries. The Sigma Group consists of 1,400 committed and skilled employees in nine countries. Sigma operates in Ukraine since 2006 and the local team currently consists of 350 IT professionals.