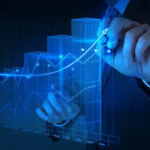 Bulgarian software enterprise Sirma Group Holding JSC has taken on board an aggressive Growth and Innovation Program, including the current 2016 and the next couple of years.

The plan determines ambitious goals – fast commercial expansion in the US market, investments in new products, and 100 M USD bottom line of sales, over the next five – seven year period. The program was adopted during the Annual General Assembly of Shareholders (AGAS) of Sirma Group Holding that took place on June 14, 2016 in Sofia.

The Assembly was the first important public event after the successful initial public offering (IPO) on the Bulgarian Stock Exchange (BSE), completed in Nov, 2015. It was reported further, that despite the global negative trends in IT industry, Sirma Group accounted revenue growth of 21% in 2015 y/y.

It is expected, the newly approved Development Program to facilitate the future public offering of Sirma’s shares on another big world stock exchange in a timeline covering six to eight years.

In order to guarantee the successful execution of the Program, the AGAS accepted the proposition of the Remuneration Committee to adopt a three-tiered, results oriented, remuneration scheme, to reward the company management.

In line with best corporate governance practices, this approach will ensure full compliance between the interests of all stakeholders – the members of the Board of Directors and strategic interests of the company.

Operational, tactical and strategic remuneration of executive managers will be directly bonded to performance, revenue growth and market capitalization of the Holding. The scheme was secured as the Assembly adopted a limited stock buyback.

In order to ensure a transparent and independent monitoring of the implementation of goals, adopted by the AGAS, and in accordance with Art. 6.2 of the National Code of Corporate Governance (NCGC), the AGAS embraced the foundation of an Audit Committee of Sirma Group Holding. It includes independent and prominent high-qualified experts.

In line with Sirma Group’s mission of “creating products and solutions that always exceed expectations”, and to protect the rights of shareholders under NCGC, during the meeting was used an innovative electronic voting system – EVA/ Electronic Voting App.

The app is developed by employees of Sirma and provides a flexible and easy way to vote on all agenda items, as well as the emerging questions. At the meeting, EVA generated in real time reports and graphs of each ballot, which were shown to the shareholders.

The Holding is going to continue development on EVA, in order to provide remote presence and access to voting for all shareholders, considered again as an action in compliance with NCGC requirement.

All documents of the Assembly are duly published, on the company’s website www.sirma.com, and on the http://www.x3news.com platform. The meeting was represented 78.84% of the share capital, by attendance in-person or by proxy, of all major Sirma Group Holding shareholders.