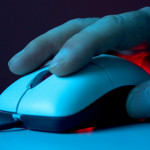 The award ceremony took place in Kuala Lumpur, Malaysia, on October 18. Sirma Mobile won the competition with its medial platform that enables software developers from all over the world to create unified SIM ToolKit (STK) applications which can successfully run on different smart cards for a variety of purposes like mobile and card payments, access control, or certificate management.

The prize is indicative of the level of innovation of the winning solution and represents a serious reference for the Bulgarian company, moreover in a sphere with a growing importance.

The SIMagine awards aim to distinguish exactly the best achievements in the sphere of mobile innovations all over the world and are an important reference for quality, innovation, and added value for business.

Sirma Mobile’s solution is and API (application-programming interface) platform which lets any software company create versions of its SIM card apps that can work on bank cards as well or other smart cards for a wide range of industries. This makes it easier for independent application makers, who until now have developed their programs for SIM cards only. With the new platform, they will be able to seamlessly “transfer” their apps to different producers’ smart cards, which reveals great new opportunities for their usage.

“The SIMagine awards traditionally distinguish leading innovators from all over the globe, and the fact that a Bulgarian company won a prize like this helps the entire home software industry stand out. Even more important for us is the that we are honored for innovations in the sphere of security, since this technological segment is developing at a very speedy pace, and the fact that we won against such strong competition is a valuable reference for our team,”

“The platform we developed has an important meaning for the business, because in practice it is opening the smart card market for external application developers and is forming the preconditions for the development of small and medium-sized business. Mobile operators, virtual mobile network operators, and various other service suppliers working in the field of smart card and SIM card solutions are potential users of our product,”