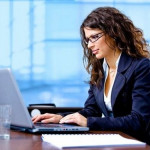 The offering of shares as part of the IPO of the company, will continue for a month, and is one of the most significant IPOs in Bulgaria since the world financial crisis. As a highly anticipated event, it will be the biggest IPO in Bulgaria, after the Enemona IPO (2007) and the second one of Bulgarian technology company, after Bianor’s IPO then again back in 2007.

The Bulgarian company presented its business strategy and the management board to investors. Representatives of all major investment firms, management companies, commercial banks and pension funds in Bulgaria, were introduced to the financial and operating results of Sirma, and the company vision for strategic development and expected growth.

“I believe that the IPO will accelerate the development of Sirma Group, and increase our expansion to international markets, allowing us to achieve global leadership of our products and services.

I think our exit of the stock exchange will have a positive impact on the entire IT industry in Bulgaria, which is one of the most dynamic and successful sectors of local economy. I hope that our success will bring new investors to the Bulgarian stock market and will trigger other technological companies to seek fast development in such way“,

Sirma Group Holding has an average annual growth rate of sales revenue of approximately 25% for the period of 2012 – 2014. Almost half of this result is due to exports. Sirma is among few Bulgarian companies that successfully operates in the US, one of the most competitive markets, that yields 23.6% of the company’s revenues. The Group sells its products in 50 countries worldwide. Several of group subsidiaries are among the world leaders in their fields.

The company anticipates a steady growth of technological sector in Bulgaria. Bulgarian IT workforce is among the most certified per capita and the levels of remuneration are still lower than developed markets. The company hopes, the current IPO will trigger other leading IT Bulgarian companies to step forward into stock markets and satisfy investor interest in the technology sector.

Sirma Group announced that the raised funds will be used for investments in technological and global business development. The company goal is to increase marketing and sales teams across the most prospective international markets (USA, Western Europe and Asia), enlarge production capacity of the companies, further development of current products in order to achieve technological leadership, R & D in high-tech areas such as artificial intelligence, computer vision, robotics and medicine.