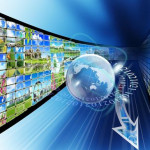 The system is called Conservation Space, and is based on software framework, developed by the Bulgarian software company, and will be deployed in many other leading European and USA museums. After successful implementation, Sirma ITT is going to grant the solution to Bulgarian museums.

The aim of the Conservation Space project is to provide an environment for collaboration of professional restorers, where members can see the peers project’s advancement, among a worldwide network of small and big museums.

The system allows restorers to cooperate, refer to and use detailed information – such as high-resolution images, X-rays of artwork findings, research materials, expert opinions, information from previous interventions and scientific publications.

Thus, experts will be able to better plan and implement various activities in the conservation and restoration of artworks, which often worth tens of millions of dollars. The system is completely web-based and has been developed as an application on the Sirma semantic enterprise platform.

Sirma ITT won the open international competition in 2013 in cooperation with Ontotext. The project is funded by Andrew W. Mellon Foundation and is worth more than $ 2 million. Both Sirma ITT and Ontotext are part of “Sirma Group Holding” AD, which has recently announced its plans for an initial public offering (IPO) on the Bulgarian Stock Exchange.

“We are delighted by the success of Bulgarian technology in competition with American and European companies. Our long-term vision for the platform development, availability of already working solution and application of semantic technologies were the factors in favour of Sirma ITT platform”,

The official launch as a cloud service is announced in early 2016, and then the system will be granted to the Bulgarian museums in cooperation with the Ministry of Culture.

More information can be found at: www.1drv.ms