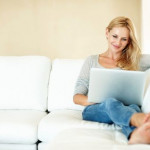 Sirma Solutions team takes part in an international project which aims to optimize and improve the electricity consumption of street light grids in Norway. The project utilises a top notch technology for Smart Energy Management.

The Norwegian company Comlight has developed the world’s first patented system that reduces the wasteful consumption of energy when lighting roads and other public places, without reducing safety. The technology is called “Motion Sensing Street Lighting”.

The software platform consists of four major components – Data Engine, Expert Engine, Data Interface and Front-end Part and is based on best practices and innovative technologies such as SQL and Flex. Sirma Solutions team is developing and supporting the Front-end Part of the control system LUMINIZER-Comlight CMS.

The “Motion Sensing Street Lighting” technology records every movement and ensures optimum road illumination in a particular area, using a radar detector. The device (Comlight Eagle Eye) registers the movement under the level of security required for this site, which may vary according to the type of the terrain – urban areas, parks, highway, pedestrian or rural areas.

When the movement is recorded to the nearest unit, the light is switched on and radio signal is transmitted to the next street lamps included in the grid. Thus, drivers, cyclists and pedestrians will pass through normally lit areas throughout their route, but the intensity of light varies over time and place.

Light wave moves along the route of moving objects and provides maximum illumination and security. The system makes it possible to save large amounts of energy on outdoor lighting without compromising the safety of people, vehicles and animals.