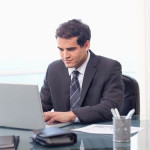 Sirma Solutions completed successfully the third and final release of the ranking system for Bulgarian universities.

The ranking system was first created in 2010 by the Ministry of Education and Science. The system is a web-based internet platform, assisting students in the selection process for university and degree.

The new release of the ranking system for universities compares 51 universities and 52 professional directions based on a number of criteria, measuring the effectiveness of the learning process, research and development, learning environment, social and administrative services offered by the university, the reputation of the university and the job realization of graduates on the labor market.

The ranking system also includes the most popular career professions and job occupations for graduates from different professional directions studied in the universities, as well as a list of degrees, offered in the current programs.