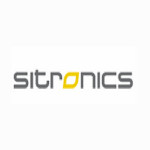 JSC SITRONICS (“SITRONICS” or the “Company”) (LSE: SITR), the leading provider of telecommunications, IT and microelectronic solutions in Russia and the CIS, announces in accordance with LR 5.2.8.R that it has requested (i) the UK Listing Authority to cancel the listing of the Company’s global depositary receipts representing its ordinary shares (“GDRs”) on the Official List and (ii) the London Stock Exchange to cancel the admission to trading of the GDRs on its Main Market.

It is anticipated that cancellations of the listing and admission to trading as well as the termination of the Deposit Agreements will take effect on August 23, 2012.

The cancellation of listing is requested in connection with the voluntary tender offer by OJSC RTI (“RTI”) to acquire up to 36.926% of SITRONICS’ ordinary shares from minority shareholders. As was announced on June 8, 2012, RTI completed, pursuant to the tender offer, the acquisition of 3,476,219,122 ordinary shares of the Company, including shares underlying the GDRs. The acquired ordinary shares comprise approximately 36.411% of Company’s share capital. As a result, RTI’s total ownership stake in SITRONICS increased to 99.485% of the Company’s share capital. Further, RTI has initiated a statutory squeeze-out procedure under Russian law to acquire the remaining 0.515% of SITRONICS’ ordinary shares.