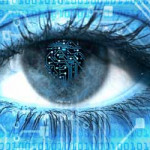 The conference brought together representatives of academia and industry to inform them about the current call for proposals, to provide input to Skolkovo Tech’s research strategy, and to help form new contacts between scientists and with industry.

Skolkovo Tech invited over 400 scientists, government officials and industrial representatives from Russia and around the world to the conference. A key element was to promote partnerships between Russian and non-Russian researchers — a requirement for proposing a Skolkovo Tech Center for Research, Education and Innovation (CREI). Skolkovo Tech also presented its foresight and strategy called Skolkovo Tech Vision 2030, in order to solicit feedback on the future critical areas for research and education.

“By creating the Centers for Research, Education and Innovation, we are doing something vital for Russia — closely aligning interests of the academic community and industry,” Vice President of Research Mats Nordlund said. “By addressing these stakeholders, we will contribute to solving critical problems facing our world.”

President Edward F. Crawley also gave a review of Skolkovo Tech’s activities for the 9 months since its founding. It highlighted the selection process used to identify the first few CREI, the formation of 4 of 6 industrial working groups which will assist in forming research strategy, and the induction of 21 Master’s students in the first class.

Commenting on Skolkovo Tech’s accomplishments, President Edward Crawley said: “Each of our 3 spheres — education, innovation and research — is ramping up in parallel, but the research centers are the key element of our strategy. Research with a consideration of use will be driven by the needs of industry, and will drive the graduate education that we will deliver.”

The first call for proposals is in its final stage of identifying up to 3 proposals that will become the first CREIs. By March 2012, 129 research teams from over 350 universities applied and went through a peer-review process involving an international expert review panel. Negotiations are currently about to begin, and the first CREIs will be announced as soon as agreements are finalized in the early fall.

Draft proposals for the second round must be submitted by November 30, and final awards will be announced after May 2013.

The Skolkovo Institute of Science and Technology (Skolkovo Tech) is a private graduate research university in Skolkovo, Russia, a suburb of Moscow. Established in 2011 in collaboration with MIT, Skolkovo Tech will educate coming generations of researchers and entrepreneurs, advance scientific knowledge, and foster technological innovation to address critical issues facing Russia and the world in the new century. The university will be built on the best traditions of Russian and international practices within education and research. There will also be a specific focus on entrepreneurship and innovation.