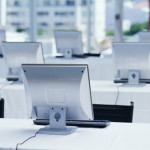 In 2015 Panasonic is to open a new research and development centre at the Skolkovo Technopark. Victor Vekselberg, President of the Skolkovo Foundation, and Shigeo Suzuki, CEO of Panasonic Russia, signed an agreement regarding the centre on 19th December.

The planned budget for the R&D centre is around $3 million, and Panasonic plans to have at least 30 employees from its Russian office working there by 2017.

The centre will focus its research on coming up with energy efficiency solutions for the Russian technology and energy sectors. Panasonic’s priority R&D areas are alternative energy sources, in particular solar panels, electricity storage systems and fuel cells. Furthermore, the centre will work on unique technology developed by the company itself, such as robotic Blu-Ray libraries and echovisualisation systems, which are in need of fine-tuning in preparation for the Russian market.

The deal also lays the foundation for Skolkovo’s resident companies to receive support with research and development from Panasonic. The company will offer training and acceleration programmes as well as running competitions.

Panasonic representatives will also form part of the jury to select the winner of the contest to find the top energy efficiency project in the Russian public utilities sector.

“Panasonic’s affiliation with the residents of the Skolkovo innovation centre is part of our global strategy, aimed at localising Panasonic’s technology and products. Russia has been, and remains a very important region for us. Working in partnership with the most active and gifted Russian scientists will help us to adapt our energy efficiency development to the Russian market.

I am certain that our presence at Skolkovo will open up broad opportunities for us to work with promising Russian startups, and will allow us to react rapidly to any issues which may arise within the fast changing technology market.”

“With the signing of this agreement regarding the opening the new R&D centre at Skolkovo, Panasonic, one of the main players in the global electronics market, joins the list of the fund’s key partners, which already includes around 20 major international companies. We are glad that Skoklkovo’s group of key partners, the majority of which are European and American companies, now includes its first from Japan.

This is extremely important to us, as it is a testament to the fact that Skolkovo, which was originally conceived as an international project, is clearly following the right path.”