Smaller Is Better for Outsourcing Market 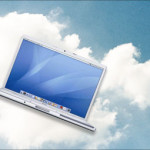 Since the peak of the financial crisis, when companies put many projects on hold, they have apparently found smaller to be better. The past year was the busiest for outsourcing service providers, with 870 contracts awarded in 2011. Just over 75% of those contracts were between $25 million and $99 million, according to Information Services Group (ISG).

The outsourcing data and analysis firm included only deals worth at least $25 million in its latest tally, released on Wednesday. But its analysts have found that projects on an even smaller scale are becoming more prevalent as well. “Small contracts worth less than $1 million have really taken off,” says John Keppel, president of research and managed services and chief marketing officer of the ISG.

The trend toward smaller contracts will likely continue, particularly in the United States, where businesses have long been accustomed to using outside service providers. The ISG believes the shift is a sign of a mature market, while other regions newer to outsourcing are still making larger deals. The volume of the smaller contracts has been high enough to keep their total worth relatively high. In 2011 total contract value (which covers the life of the contracts) of the overall outsourcing market was $95 billion, a 3% increase over 2010. The ISG gives the industry an optimistic future, believing outsourcing activity will increase by 5% to 7% this year.

Much of that growth, the ISG expects, will be in business-process outsourcing, where smaller contracts are more prevalent than in IT-services work. Total contract values for BPO deals totaled $28.7 billion last year, a 32% increase over 2010. Other BPO categories, including supply-chain management and human-resources services, experienced growth or stability in either the number of contracts or their total. The only category that lagged last year was finance and accounting, which most CFOs prefer to keep close to home.

Keppel attributes commercial buyers’ shift toward smaller contracts to their dissatisfaction with larger contracts (which can be intimidating in length, complexity, and expectations) and service providers expanding their capabilities. As a result, more service providers have joined the competition. And those vendors have had to become more flexible even though they have to expend more effort to win several, smaller contracts than one large deal. The shift was most evident in the Americas, where not one “megadeal” (one worth at least $1 billion over the life of the contract) was signed. Most such deals were made by companies in Europe, the Middle East, and Africa.