The smartphone boom is over, says Gartner 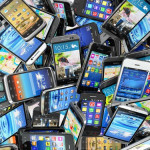 Gartner has predicted the end of the smartphone boom, claiming sales will drop to single digits.

According to Gartner Research director Roberta Cozza, many smartphone makers will struggle over the next few years.

“In the mature markets, premium phone users are extending lifecycles to two-and-a-half years, which is not going to change drastically over the next five years,”

Mobile phone operators have moved away from the subsidised phone model, whereby they offered customers a “free” smartphone every two years. This has led to more varied upgrade cycles.

In response, phone suppliers such as Apple now offer upgrade programmes that provide users with new hardware after only 12 months.

“These programmes are not for everyone, as most users are happy to hold on to their phone for two years, or longer, as the technology updates have become incremental rather than exponential,”

“Players such as Apple and Samsung will have to expand the functionality of their smartphones, adding features like virtual reality and supporting the connected home. But not all manufacturers will be able to keep up with the pace of the competition.”

Cozza said the Chinese manufacturers have the agility to bring to market new technology quickly, but most of the time it’s “tech for tech’s sake”.

Mirroring what she said at Mobile World Congress in Barcelona earlier in 2016, Cozza said the industry will move to services focused on providing a good, end-to-end user experience, irrespective of which device is used to access a given service or set of services. Manufacturers will compete on user experience rather than on the specification of their devices, according to Cozza.

She said some manufacturers, such as Sony, could offer more than just the handset, since it has the PlayStation Network and a music division. But these divisions are not yet joined up to provide a seamless user experience, which is the criterion she believes future smartphone buyers will rate highly.

Cozza said even giants like Huawei will need to invest in software, content and partnerships to enable such joined-up services.

Arguably, catering for joined-up services means smartphone makers will need to work with many more business partners than they are used to, and such partnerships will need to be more flexible than current offerings such as a free subscription to Spotify Premium, which some companies use to attract customers.