The Smartphone Party Is Over 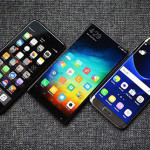 Sales worldwide of smartphones have flatlined in 2016, but strong growth for 4G smartphones in emerging markets remains a bright spot.

In IDC’s latest forecast projecting sales for 2016, the market research firm reported worldwide smartphone shipments are expected to reach about 1.45 billion units. This represents a year-over-year growth rate of just 0.6 percent, a steep drop from the 10.4 percent growth rate the industry saw between 2014 and 2015, according to IDC.

The only good news is that sales of 4G smartphones, mostly in emerging markets, is expected to see a 21.3 percent year-over-year boost in 2016. Much of this growth will be driven by sales in developing markets in Asia, Latin America, Central and Eastern Europe and the Middle East. While 4G smartphones only accounted for about 61 percent of sales in these regions in 2015, they’re expected to be 77 percent of smartphone shipments in 2016.

Meanwhile, smartphone makers saw a slowdown in sales last year in mature markets, such as the US, China and Western Europe, where sales growth in 2015 was only in the single digits. Sales in these markets is expected to be even worse in 2016.

Big manufacturers are feeling the pain as Apple and Samsung have each experienced significant declines in sales. Samsung saw its sharpest dip ever in the third quarter with a 14 percent decline in sales, according to market research firm Gartner. The slump is due, at least in part, to battery problems that caused some of Samsung’s Galaxy Note 7 phones to explode or catch fire. Apple also saw a 6.6 percent decline in sales in the third quarter, in spite of the launch of its new iPhone 7.

The reason? The smartphone industry has been hit by “phone fatigue.” Consumers in mature markets have been turned off by a lack of exciting features in new phones, causing more of them to stick with their current smartphones. At the same time, mobile carriers are doing away with subsidized plans, causing more customers to buy their phones at the full retail price, putting a damper on sales of expensive models.