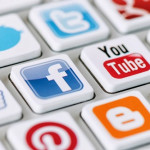 Social media simply isn’t an effective sales channel today, and despite social companies’ efforts to rollout new forms of buying features, the slow adoption may have more to do with consumer behavioral than technology.

Despite a whole lot of hype, social commerce isn’t living up to its potential.

Social media sites have massive audiences, but turning social engagement into sales has eluded almost every platform with a social backbone. “Buy buttons” and similar mechanisms that let retailers sell directly to consumers within social apps simple aren’t creating customers, at least not yet.

Sales from social media sources actually declined slightly from 1.9 percent of all online sales during the 2014 holiday season to 1.8 percent during the same period in 2015, according to data from Custora, a digital marketing platform for retailers.

Converting “likes,” “hearts” and “pins” into buys is more than a technological challenge. It requires a change in the behavior of consumers and marketers, according to Jennifer Polk, a research director with Gartner.

“It just doesn’t align with customer behavior and the way that people want to buy — not in a way that’s scalable,”

“It’s not how people are buying at this point.”

In one of the most glaring social commerce failures to date, Twitter in May killed its buy button and transferred members of its commerce team to other divisions, according to BuzzFeed.com. Facebook and other, smaller platforms continue to experiment with social commerce, but none of these companies publically share numbers for buy button sales, and it appears the experiment isn’t paying off, at least not yet, Polk says.

Polk and her colleagues at Gartner asked marketers to identify the highest performing social commerce features, and

“the buy button is really very, very far down the list,”

“If you’re looking to actually drive near-term results, you’re probably better off putting your money into something like social analytics and social advertising, to drive clickthroughs and traffic to your sites.”

Social analytics, ratings, reviews and referral traffic drive the lion’s share of marketers’ success on social sites, according to Polk.

While social media clearly is not yet a viable sales channel, it is an important resource for consumers who want to learn about products of interest that they might purchase elsewhere in the future.

Today, 55 percent of Pinterest users shop for products on the platform, and 12 percent of Facebook and Instagram members do the same, according to a recent survey conducted by research company Cowen and Company and cited by eMarketer.

The percentage of users who shop for products on Twitter (9 percent), LinkedIn (5 percent) and Snapchat (3 percent) were all in the single digits, the report says. 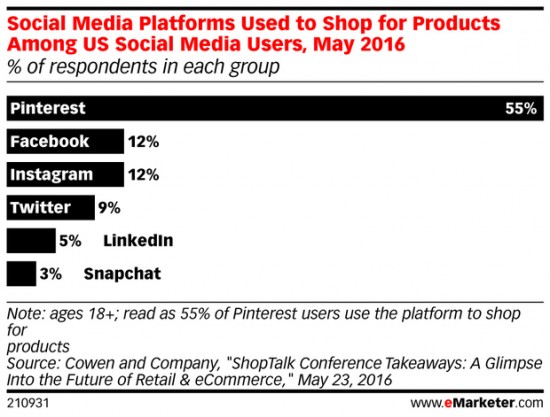 The foundation of social commerce has improved, and the leading platforms removed some of the friction in the purchase process, but mobile shoppers generally haven’t noticed, according to eMarketer.

“Buy buttons have been appearing sporadically across social media, often in limited tests, so it’s fair to assume that consumer familiarity is low,”

Cowen and Company wrote in its report.

“I think the jury is still out if there’s a real demand for tight, one-click integration between social and ecommerce or if consumers are happy enough with the status quo and comfortable using different apps or services for different purposes,”

“There’s something in the behavior that we’re missing, something that we are inherently getting wrong,”

“Just because the people are there, and the data is there, doesn’t mean this is the new shopping mall.”

However, click-to-purchase features could still catch on via social media eventually, she says.

“Clearly, Twitter’s failure in this space has not scared off Snapchat … I don’t think we’ve seen the end of the experimentation.”