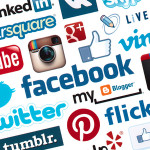 Around half of the people in 26 countries surveyed by Reuters, including Australia, say they use social media as a source of news each week, with one in 10 saying it was their main source.

Among those who used social media for news, Facebook was by far the most important.

These statistics come from a study of slightly more than 50,000 people, with research being done by the Reuters Institute for the Study of Journalism. This is the fifth such study, with Canada and South Korea being included for the first time.

The study found that social media was significantly more important for women — who were also less likely to go directly to a news website or app — and for the young. Among those aged 18–24, 28% said social media was their main source of news – more than television (24%) for the first time.

Given that the study was conducted online, there is an obvious bias towards those who are connected.

The study found that most consumers are unwilling to pay for news online, particularly in the English-speaking world, where just 9% said they would fork out for news.

Additionally, problems have multiplied for digital publishers with ad blocking on the rise, running at between 10% (Japan) and 38% (Poland). Only 8% of smartphone users surveyed were using ad blockers, but another third expressed an intention to start blocking ads in the next 12 months.

Video still does not seem to be taking off as far as online news goes, with 78% saying they still relied on text. Asked why they did not use more video, 41% said they found reading quicker and more convenient, while annoying pre-roll advertisements were cited by 35% as the factor that made them prefer text.

As far as the trust factor in online news goes, it is highest in Finland (65%) and lowest in Greece (20%), with editors and journalists in all 26 countries being trusted less than news organisations.

Only 32% of the Australians surveyed agreed that the media was free from undue political influence and just 27% felt that the media did not bend to undue business influence.