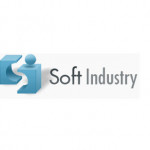 The Soft Industry company has good news for football fans who wants to be informed of all events of the upcoming footbal tournament EURO 2012. We are pleased to present the application “Euro 2012 Travel Guide” – a pocket assistat to all football fans. The application is designed specifically for devices operating on the basis of Android OS.

Users have in their disposal a table of matches and results of the past matches. It also provides descriptions of cities participating in Euro 2012 (an application contains a short history of hosting cities, its points of interest, transport, distances to other cities hosting EURO 2012 and other useful information), descriptions of stadiums and teams participating in EURO 2012. Besides users will have an opportumity to hotel rooms directly from their mobile devices.

The application is simple and easy to use but its main advantage is its functionality. This application is indispensible to those for whom football is not just a game, but a part of life.