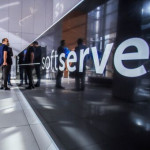 Since the beginning of the full-scale war in Ukraine, SoftServe, a global IT company with Ukrainian roots, has relocated more than 4,000 associates to western regions of Ukraine and abroad. Starting from May, the trend is towards returning to ordinary locations. Currently, 1082 company specialists have come back home.

10-15 people coming back from abroad every day

Starting from May, the dynamic of returning is constant: according to the company’s data, 10-15 people are coming back from abroad every day.

“The peak was in May when around 1900 associates were abroad. Since then, this number has been steadily decreasing, and now we have 314 specialists back in Ukraine. Our survey shows that around 170 people plan to return home as soon as possible. However, we as a company will support any decision regarding the place of work. For those who want to stay abroad, we suggest employment in the local entities for a year or even more in our hubs: Poland, Romania, Bulgaria, and Latin America countries”, says VP HR of SoftServe Kateryna Hubareva.

Most actively, people are returning to Kyiv. Nowadays, around 400 associates have come back there. In the recent two weeks, the number of those coming home has been increasing by 15-20 people every day.

“Kyiv offices hadn’t closed doors to associates and their families at the beginning of the war, serving shelters and places to work. When it became a bit safer, we continued to operate in a normal mode. Around 10% of associates now work from our coworking in two offices, and there is a tendency for growth. We plan to launch a certifications center and equip parking for electric cars this summer”, comments Kyiv DC director Olena Lebedieva.

The number of people returning to other operating centers in Ukraine is growing slower — 38 associates have returned to Dnipro since April, and ten people have come to Kharkiv starting from May. The opposite trend is seen in Odesa as ten associated left the city since May.

SoftServe’s associates who were forced to relocate to western regions are also actively returning to their ordinary locations. Among the most popular cities for temporary stay were Lviv, Ivano-Frankivsk, and Uzhgorod. 1100 specialists in total have moved there since the beginning of the war. As of the beginning of June, almost 25% of them left western regions, and this process is dynamic. Also, nearly half of relocated people moved out of Ternopil.

According to the internal data, 99% of SoftServe’s associates say they feel safe now. To compare, in March, only 84% declared that.

About SoftServe
SoftServe is the biggest global IT company with Ukrainian roots that advises and provides cutting-edge technology services. It is one of the biggest software development companies in Central and Eastern Europe, with 13,500 people working in 40 offices worldwide. Headquarters are located in Lviv, Ukraine and Austin, Texas, USA.

SoftServe is working on more than 900 active projects for clients in Northern America, the EU, and Asia. Among the company’s clients are such giants as IBM, Cisco, Panasonic, Cloudera, Henry Schein, Spillman Technologies, and others. SoftServe is proud to partner with Google Cloud Platform, Amazon Web Services, Microsoft Azure, and other well-known tech companies.