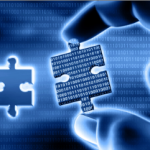 Three of the main offshoring destinations in Romania are located in the region of Transylvania: Cluj-Napoca, Timisoara and Brasov. Macroeconomic data show that Transylvania is accountable for around 35% of Romania’s GDP, and has a GDP per capita (PPP) of av. $11,500, around 10% higher than the Romanian average.

Its European-like cities host the majority of elite institutions in the country competing with the capital’s research and development hub. The multiethnic landscape offers a great deal of multilingual service opportunities like offshore software development.

Software outsourcing eventually led to software offshoring. Under the “offshore” agreement the activity is undertaken by a supplier company in a different country than the customer’s headquarters.  While fragmenting the full lifecycle software production into multiple separate processes, the “offshore software development” refers to the offshore undertaking of the development phase.

The UN Information Economy Report 2010, names as the largest service exporter, India, with a 35% share of the total offshoring services market. The second world largest exporter is Canada, recording a contraction of its market share from 45% in 2004 to 21% in 2009. Increasingly active on the offshoring market, the Philippines captured 15% of the global offshore services market in 2009. Beyond these top three locations, several economies from all continents are making inroads as offshoring destinations.

The group of “other destinations” grew four times since 2004, capturing 16% of the market. Countries included in this group are: Thailand and Sri Lanka in Asia; Argentina, Brazil, Costa Rica and Mexico in Latin America; Egypt, Mauritius, Morocco and South Africa on the African continent. An impressive evolution has been noted for China also reaching 3% market share in 2009, one percentage less than Ireland with 4% market share in 2009.The Central-Eastern Europe countries constantly grew their market share having un unchained 6% in the 2008-2009 period.

According to Gartner group’s report, Bucharest is the only CEE capital mentioned as an offshore R&D hub. Quickly adjusting, other cities in Romania, notably Transylvanian cities of Cluj, Brasov and Timisoara, are emerging as offshore destinations for various services and phases.

18% of the global outsourcing services market (est. 785 billion–805 billion USD in 2009) is represented by offshore services. Offshoring IT services and other ICT-enabled services to developing countries, which could offer lower labor costs, additional supply of human resources as well as the possibility to provide services round the clock started following the domestic outsourcing trend in the USA.

One of the ways to surpass the global recession was to embrace offshoring as a strategy. Consequently, the value of information technology services and ICT-enabled services sourced in a foreign location continued to grow, even if at a slower pace. According to UN Information Economy Report 2010, global exports from the offshoring of IT services and business processes have been estimated at 92 billion–96 billion USD in 2009, up from 30 billion–35 billion USD in 2004.

However, these estimates do not include all cross-border sourcing occurring among high-income countries and therefore underestimate the total value of offshoring. 60% of the total global offshoring services is represented by information technology services.

Locational advantage: Romania is the 9th largest country in the EU, hosting the 7th population size in the EU and is situated at the crossing of 3 pan European transport corridors, holding the Eastern border of the inland European Union and at the turning point where EU meets the Balkans and CIS countries. CEE (Romania included) global offshore services market share: 6%.