Some IT outsourcing firms in denial mode on Cloud computing: Gartner survey 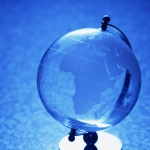 18 percent of all IT outsourcing contracts will have elements of ‘as a service’ or ‘utility’ billing model this year, according to a survey of the IT Outsourcing (ITO) companies by Gartner, the World’s largest IT research agency.

This will rise to 24% in 2012, according to the same survey. It also found some IT outsourcing providers living with the belief that they can survive without adapting to the Cloud ecosystem.

The ‘as a service’, ‘utility’ billing model etc. are new ways in which IT outsourcing companies get paid and are distinct from the old ‘time and resources’ model.

Under the old ‘time and resources’ model, an IT outsourcing company, such as Wipro, will deploy as many people and resources (computers etc.) as required to carry out the overseas company’s functions from its centres (in India etc..) At the end of the month, Wipro would get reimbursed based on the number of people and other resources that it shows as having been used in carrying out the support function.

However, outsourcing is rapidly moving away from the ‘time and resources’ model to the transaction or results oriented model, where payment is dictated by the results achieved, instead of how many people were deployed, which technology was used etc..

Many outsourcing companies see this as the only way to break out of the ‘linear’ pattern of growth that they were saddled with — where their revenues depended on how many people they employed.

The transaction model is also called the utility model as outsourcing services are compared to a utility service like electricity which can be turned up or down, depending on need and for which payment is made only based on consumption, rather than the providers’ costs.

They are also called ‘as a service’ model by drawing an analogy with the software-as-a-service (SaaS) model where software too is sold on a use-basis, rather than as a one-time (installation) payment basis.

Outsourcing providers, including HCL Technologies, Infosys Technologies, Tata Consultancy Services (TCS) etc. are all creating new platforms to make it easy to deliver services without having to increase staff every time the client demands more.

This is done by creating technological platforms that help a single employee become more productive than earlier, increasing automation etc..For this, they are using ‘Cloud’ computing technology on a large scale as well.

“Between 60 and 64 percent of providers nominated cloud investments in the top three ITO investment priorities for 2011,” Gartner said.

Despite this, it pointed out, not many outsourcing providers expect to be ready with the Cloud solutions very soon. The finding is in line with the overall delay of ’service providers’ in embracing the Cloud model compared to their ’software product’ peers such as SAP and Microsoft.

It is expected that the emergence of the Cloud will erase the current services-product duality of the IT market, forcing every IT vendor to charge only in terms of quantum of use, whether they were selling products or services in the past.

However, Gartner pointed out, ITO providers are conservative about their expectations for cloud deals in the short term, even in a ‘cloud-intensive’ service such as the provision of Data Center related services.

Data Centres are at the heart of the Cloud ecosystem as a Clouds are created by tying together a large number of servers using software — something that is usually done in a Data Center.

“Only 34 percent of respondents said that their data center ITO deals will incorporate cloud/utility/as-a-service by 2015, but 26 percent don’t believe they will be involved in any of these deals,” Gartner said.

The same fear-cum-anticipation is reflected in IT Outsourcing providers’ assessment of whether Cloud will be good for them or not.

“Fifty-six percent of ITO providers expect these alternative delivery models will drive overall ITO revenue growth by 2015, while 29 percent believe it will essentially cannibalize some ITO revenue,” the survey found.

Gartner warned the IT Outsourcing providers who think they can remain immune to the sweeping changes in the IT market.

“There is no going back to business-as-usual for ITO providers,” said Allie Young, vice president at Gartner. “Traditional business models are being turned inside out: it has started with the new business models and cloud ecosystem, and these trends will continue to impact the outsourcing business. Providers that ignore those trends could find themselves stuck with yesterday’s delivery models and high cost structures as the market moves on around them.”