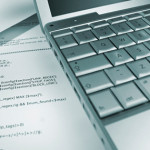 S&T designed and implemented a central internet portal in Montenegro on behalf of the Ministry for Information and Telecommunications. This web-based platform enables citizens and companies to take care of official matters with public authorities online. It is a milestone for public authorities and citizens of the country. The project volume amounts more than three-quarter million euro.

The Internet portal http://www.euprava.me/ offers public administration services of Montenegro and modernizes them at the same time. The country has 16 ministries and numerous public authorities. For this reason, it was vitally important to set up a central platform for accessing official channels. Now citizens and companies can access one centralized system online, and fill out electronic forms, sign them digitally, pay taxes and take advantage of other live services.

The objective of the project is to ensure greater efficiency but above all to bring more transparency in what public authorities in Montenegro do. In addition, the new system is designed to simplify administrative processes and lead to savings in the public sector. Filling out forms and sending applications online in accordance with the one-stop-shop principle, making payments (e-payment) and if desired, having official letters of notification delivered electronically are only a few of the major benefits.

The portal is based on various modules all implemented by S&T, including a content management system, a mobile portal for gaining access from people’s smartphones, a “my E-government area” for registered users and a virtual space for public discussions. The last implemented and most important module is a public key infrastructure for digital certificates to safeguard communications with public authorities. This project was preceded by the successful establishment of two certification bodies at Montenegro Post and the Government of Montenegro. In 2010 S&T successfully implemented the solution for both institutions, laying the foundation for the Internet portal.

S&T agreed to continue developing further upgrades according to demands from public administration, like the service upgrade for university graduated students and foreign visitors.

Montenegro is increasingly investing in the transparency of its public administration, and is trying to adapt to guidelines adopted by the European Union. The country has 600,000 inhabitants and is an official EU accession candidate.

Focus on own technologies

Once more this project demonstrates S&T´s ability to develop new technology solutions for customers in-house. The same service portal framework has meanwhile been implemented in a second Eastern European country and others are already in the cue.

S&T´s offering comprises of more than 30 in-house developed solutions in various technology areas, all of them already in use on the customer side. This strategy helps customers to receive customized solutions based on their specific needs and at the time increases S&T´s value by showing technology skills at the highest level.