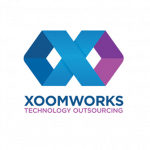 A multitude of events was organized last month as part of our anniversary schedule. We’ve talked about the Hackathon Weekend before, so today we’ll focus on the Startup Factory event. Although it is something new for Xoomworks Technology, startup factories are widely held nowadays.

“Working with start-ups at Xoomworks Technology helped me develop a great set of skills and brought me a huge amount of personal satisfaction. It made me understand the value of hard work, ownership and self-sustainability. I wanted to share that with others and create an environment where people could genuinely get innovative and work on their own vision, understand the end to end process of building and growing a business and have that satisfactory feeling one gets when creating something from nothing. Most of the Startup Factory team members are technical experts and this startup exercise made them push their boundaries and take a huge step out of their comfort zone to explore and develop new skills.”

Participants started preparing several months before the event. The Xoomworks Technology board members provided great support from the beginning, organised Q&A sessions and guided the teams whenever it was needed.

The Xoomies held brainstorming sessions to come up with app-based business ideas. Together they built a BMC (business model canvas) which they used as an example to create the BMC for each team’s idea.
The teams have done market research, competitor analysis and financial and revenue analysis. They prepared a business plan and an executive summary.

“During the preparation stages, when Startup Factory team members sometimes felt like nothing really added up, I facilitated the process of pivoting which basically generated a new vision about their outputs. Having ideas changed in a way that the light could actually be seen at the end of the (in)famous tunnel, got everyone back on track with a smile on their faces.
Another challenge was for me to cultivate the spirit of believing in the ideas and continuously promoting the “do what you think would be right for you” attitude to then apply to the general public. There has been a few busy folk who couldn’t allocate sufficient time to what they had to prepare. Managing one’s time is key in working on a start-up idea – in my own opinion, it is what differentiates failing from succeeding!”

VR Workbench, a unique and innovative environment for working and browsing the internet via one’s own VR set.

Skedz, an appointments register in which a dashboard of available service providers can be consulted based on the time slot the user wants a certain service fulfilled.

Smart Dress Room, an application for chain clothing stores with which different clothes sizes or colours can be requested in the eventuality that the initial pick was not a successful one, to reduce the time spent shopping in crowded stores and standing in line at the cash register.

RideShare, a carpool application for employees of the same company, a great CSR angle which would lead to less traffic and fuel emissions.

TesHub, a centralized system of booking a slot at a state or private e-charging station for one’s electric car, to avoid waiting in line while travelling.

The teams presented their business plan and an executive summary in front of a panel of Xoomworks Technology board members and Xoomies who wanted to sit in and support them.

When making their decision, the jury composed of Xoomworks board members Malcolm Clark, Anthony Baring and Steve Jackson, debated and considered:

The Startup Factory presentations went great and the jury was genuinely impressed.

“This is the first time we have run the Startup Factory, and it’s been a great success. The teams have all been stretched and worked well outside of their comfort zones. The fact that the teams went through the process of pitching a business proposal is brilliant.
All the Startup Factory ideas presented were about more than just coming up with a cool bit of software.
We could make an arguement for pretty much any one of these Startup Factory ideas to be taken to the next stage, but have limited them to two: Smart Dress Room and TesHub.”

The two teams that will get support in getting their Startup Factory ideas to a prototype phase from Malcolm Clark and a Xoomworks technical director and they will soon start to work on the development of their respective applications and the business. Way to go, guys!