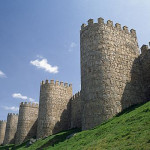 One of the things I really love about working with startup founders is that they are by nature an optimistic crowd: They set out to build amazing things, change the world and fundamentally shift the way people view things.

What they often don’t realize, though, is that in the midst of brutal competition, the path to scale and success is often lined with unexpected co-travelers and events.

There are plenty of misfortunes that can befall startups: 29 percent run out of cash, 23 percent don’t have the right team on board and 8 percent are beleaguered by legal challenges. Though it’s impossible to plan for everything, there are definite safety belts you can put in place, especially from a legal standpoint.

Most founders I meet aren’t focused initially on intellectual property (IP) defense. They are, as they should be, thinking about how to build the best product that they’re able, and how to get the most customers to use it. What they often don’t see coming is that their success can sometimes make them a target for frivolous litigation.

Lawsuits are distractions and cash drains, especially when you’re a lean startup in the midst of managing high growth. Nobody wants to be a cautionary tale; here are some ideas on how to protect your startup.

Knowing about the risks is half the battle. More and more, some companies are using litigation as a way to edge out competitors; in fact, there is an industry around litigation finance that helps companies on the receiving end stand up to those with deeper litigation pockets. Often, the litigation is around IP.

For trolls, startups are easy targets, because startups often have limited resources, lack internal patent expertise and, with the average cost of defending a patent lawsuit hovering at $3.2 million, have a huge incentive to settle.

If you’ve got intellectual property that’s meaningful, by all means, protect it. Filing a patent allows you to stake a claim to that IP, monetize it through licensing and collaborate with others while protecting what’s yours.

For those companies that find themselves under attack by frivolous litigation, an unfortunate but necessary path for defense may be to actually acquire patents from trolls. By taking patents away from trolls, and using them for defensive purposes only, you are actually disabling it as a weapon in the overall troll arsenal. It’s not the source of the patent that matters, but instead, how you use it.

Find like-minded companies that believe in innovation and support the view that patents shouldn’t be used as revenue-producing weapons. Though it’s often in a startup’s DNA to be stealthy as they look to disrupt mature markets, with regard to IP there are some great examples of big tech players working to educate, defend and ally with other tech companies to fight frivolous lawsuits.

For instance, Yieldify, one of our portfolio companies, recently joined LOT Network, a nonprofit community of companies that includes global giants like Canon, Red Hat, Dropbox and Logitech, as well as startups. Member companies agree to provide immunity for one another in case their patents at some point fall into the hands of a troll — providing a real deterrent to frivolous lawsuits. There also are organizations like Unified Patents that offer products and services on the defensive front.

If you’re hit with a troll suit, talk to the other companies involved. You may be able to band together to make it economically and strategically more efficient to support your cause.

Startups are the world’s engines of innovation. When you succeed, you become a target. Nobody needs a frivolous lawsuit. Line up your defenses before you need them, and be prepared.