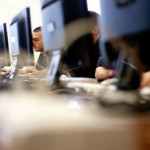 It signed framework agreements to purchase information and telecommunication technologies.

The subject of the order is the delivery of the computing technology, backup sources, network infrastructure, technologies to transfer and save data, as well as creation and maintenance of data centres and storages, including operation systems and related software and hardware. Part of it is also the delivery of spare parts, peripheries and accessories to the procured technologies, deliveries of software licences for servers, working stations, accessories and peripheries, and services related to the adjustment of delivered licences for software, the TASR newswire reported.

The order is divided into two parts. The framework agreement for each part is signed for four years. It is expected that NASES will open the contracts for partial fulfilments if necessary.

To procure the items that are part of the agreements, NASES will launch separate competitions that will be attended by contracted companies. The electronic auction will subsequently pick the firm that submitted the cheapest bid.

NASES is not obliged to use all the money in the course of the four years, its spokesperson Lucia Maková told TASR.