State to Launch Its Own “Google Maps” 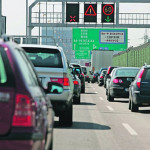 The system should help drivers but some analysts consider it needless.

Drivers and people travelling by trains are likely to use a new system that should make their route planning easier as of the beginning of 2017 as the Transport Ministry plans to launch a national system of transport information, the Hospodárske Noviny daily reported.

The system, for which the ministry paid €17 million, was originally expected to be started in the summer, but plans failed.

“The system should have been fully usable since March, but we will launch its operation at the turn of this and next year; now it is ready,”

The whole system is supplied by Slovak Telekom. The ministry promises a mobile application and website which should contain information like weather forecast, planned closing of roads and road accidents, thanks to which the drivers will be able to pick the best route home.

The one updating the information will be the National Highway Company, the Slovak Road Administration and also police.

Ondrej Matej of the Institute for Transport and Economy, however, considers the system a waste of money. Not all users will use for example the mobile application. Moreover, similar services are already provided by Google Maps or Waze.

There is one difference, however.

“If the administrators of roads have access to the system, they will be able to announce changes or restrictions to transportation,”

“It will thus contain more information than ordinary navigation systems.”

Moreover, the ministry expects that also experts will use the new system as it will also collect information about traffic.

The system will also continue expanding, Érsék says, specifying it may soon use the information of public transport and parking, as well as airports and cycling. The public-service broadcaster RTVS may also use it for its transport news broadcast.

The application can also use the information from SIM cards of Slovak Telekom. Based on their movement, it should check the traffic. The company however stresses it will not spy on the users.

“All data entering the system will be anonymous, so there will be no identifier that would enable the retrograde identification of users,”

the company said, as quoted by Hospodárske Noviny.