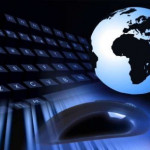 The retail, manufacturing, telecoms and media sectors in Europe, the Middle East and Africa (Emea) have spent more on IT outsourcing during the first nine months of this year than in the whole of last year.

Meanwhile, the financial services sector, which accounted for about a third of total spending last year, has slowed its spending on outsourced IT services. After the first three quarters of 2011, the sector’s spending is just under half (48%) of its total for 2010.

The latest figures from sourcing advisory TPI showed that the Emea financial services sector invested €1.6bn in IT outsourcing in the third quarter of 2011, compared with €2.7bn in the same period in 2010.

The retail sector has also invested more so far this year, having invested €1.4bn, compared with €0.8bn in the full 12 months last year.

Financial services was not alone in reducing spending. The energy and healthcare and pharmaceutical sectors also experienced falls.

Martyn Hart, chairman at the National Outsourcing Association, said the retail sector is an example of a sector harnessing IT outsourcing to become more efficient and attract more customers.

“Outsourcing in the Emea retail sector has risen 600% on last quarter, and 75% year-on-year. This is due to major retail players seeking competitive advantage by adopting high-tech IT solutions and infrastructure upgrades. They are turning to outsourcing providers as a low-risk route to superior technology,”

He added that Tesco, Argos, Homebase and Poundland have all recently made major investments in outsourced technology.

“This will help them run retail and warehouse operations to maximum efficiency, and improve customer experience. In today’s retail environment, outsourcing is becoming essential. Take-up is skyrocketing due to cost-saving drives, and also, as seen in the cases of Argos and Homebase, as a way of delivering targeted marketing campaigns to boost sales.”