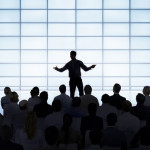 In the early August, from 3rd to 6th, in Germany town Brühl is held European MCT (Microsoft Certified Trainers) Summit for 2016 year.

During that conference, focus was on Microsoft Azure Services and new release of Windows Server 2016 and his features which can have positive impact on business. SuperAdmins engineer, Vladimir Stefanović, was one of the speakers. He was talking about Nested virtualization in Windows Server 2016, new feature which can be very useful in test environments.