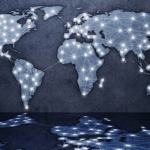 Russia’s Ministry of Communications is considering extending privileged tax rates for IT companies until 2020.

Russia’s privileged tax rate for the IT industry is currently set at 14 percent, as compared to the general rate of 30 percent. In order for a company to qualify for the reduced rate in salary taxes and social-security contributions, the firm must apply to the Ministry of Communications and be accredited. At the moment, this benefit is extended to 37 percent of the industry as a whole.

“We conducted an analysis that revealed that companies which receive tax benefits grew, on average, by 26 percent a year. Those that, for whatever reason, did not qualify for the benefits, grew by only 2 per per year,” said a spokesperson for Russia’s Ministry of Communications. “Under the proposed scenario, we will maintain the size of the tax break until 2021, when the rate will increase to 21 percent. In 2022 the rate will rise to 28 percent, reaching parity with the general tax rate of 30 percent in 2023.”

In addition to this measure, the Ministry of Communications proposes to reduce the threshold for the number of workers IT companies need in order to qualify for the reductions from the current 30 employees, to seven. This initiative reflects the fact that the average Russian IT company employs between five and ten people.

The Ministry is also expected to increase the amount of registered capital that other businesses are allowed to hold in IT companies from 25 percent to 100 percent. According to officials, this may create an additional incentive for investment in the sector.

“If the initiatives are approved, we expect that IT intensive industries will be able to maintain a growth rate of 20-25 percent per year,” the Ministry said.

The new proposals are now being debated by other government agencies. While Russia’s Ministry of Economic Development has supported the proposal, the country’s Ministry of Finance has refused to comment pending the finalization of discussions.

“IT is one of those industries where human capital is particularly important, and labor is part of the high costs of doing business,” said Sergei Korneev, the chairman of the advisory board at Technoserve.

“The extension of the period of eligibility for reduced insurance premiums increases the competitiveness of the industry, both domestically and internationally. In addition to tax breaks, the government’s attention in the field of education and training IT staff will also help. This may be seen as an increase in the number of scholarships and initiatives to attract young people to these specialized disciplines and, of course, the development of the departments themselves. By the way, almost all of the major IT companies are very involved in cooperation with the relevant educational institutions. In addition, an important role in the state’s promotion of the IT industry can be seen in a variety of national programs related to IT, such as Safe City, Information Society and e-Government,” said Korneev.

The IT industry fully supports the proposed reduction in the number of employees that IT companies need to qualify for the tax breaks.

“Over the past two years, the industry has responded to the tax benefits with growth of over 20 percent year-on-year,” said Valentin Makarov, the president Russoft.

“This is three to four times higher than on the global IT market. But small businesses with less than 30 members of staff have shown little growth. The difference between paying 30 percent in taxes as compared to paying 14 percent, is an increase in a company’s costs by 9 percent, which is comparable to profit margins. Obviously, businesses in this industry have a choice. They can either move towards the shadow economy or relocate to other countries with more favorable conditions, since they are not tied to expensive fixed assets,” said Makarov.

“The extension of tax breaks to companies of between seven and ten employees has primarily benefitted small IT companies that provide software development services to business clients,” said Alexander Pozdniakov, CEO of First Line Software.

“Today premiums in this segment are comparable to profit levels, which pushes small IT firms to the edge of extinction. In monetary terms, the contribution of small IT companies in the innovation economy is relatively insignificant. However, such firms, especially those in the regions, play a role as a training ground, correcting for the flaws found within the technical education system in Russia. Professionals who have been trained at these small firms, go on to create their own IT startups, work in large service or development companies, which, in turn, make up the Russian IT industry,” said Pozdniakov.

Experts believe that these benefits are essential for innovative IT start-ups, which have relatively few employees involved in development and marketing. “In this situation, the high taxes on salaries can hinder or even prevent the continued development of projects,” commented Pozdniakov.