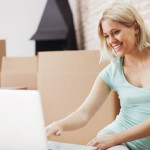 Ericsson ConsumerLab presented a study of the major technology trends for 2015. The study focuses on the behavior of smartphone owners aged 15-69 from all over the world. The data reflects the views of 85 million active Internet users.

These trends are extremely important to consider for all who are concerned with apps development. You should be not only just informed about current consumer demands and expectations, but even try to think ahead of them. Some of the these tech trends sound fantastic!

In an Ericsson ConsumerLab survey of 23 countries, it was found that viewers are shifting towards easy-to-use, on-demand services that allow cross-platform access to video content. Regardless of whether you watch your favorite show in the US, China or Spain, the future is streaming. In 2014 we saw the popularity of streaming overtake broadcast TV among those aged 16-45, with 80 percent in this age group watching streamed video several times a week or more. 77 percent of the total sample population watched broadcast content, compared to 75 percent who favored streaming services, but this is set to change during 2015. The year will be historic, as we will watch streamed content more often than broadcast TV.

Consumers show a strong interest in having their homes help them. 55 percent of the smartphone owners ConsumerLab surveyed are interested in water sensors that warn you if there is danger of flooding due to rain, a malfunctioning washing machine, a leaking water pipe or a clogged drain. Half of those surveyed also want to remotely check their refrigerator’s temperature, and whether they remembered to turn off the coffee machine. In addition, consumers want their homes to make them aware when family members come and go. 48 percent of the smartphone owners were also interested in a bathroom mirror that shows data about how well they have slept, and displays a calendar, news and reminders. 47 percent would even like their toothbrush to give advice on how to brush effectively.

Consumers have embraced an ever-increasing array of communications options. However, new means of communication will continue to appear, offering us even more ways to stay close to our friends and family. Over a third of consumers are interested in .using a smart watch that conveys touch gestures or their pulse to others Interestingly, 40 percent of smartphone users would like to use a wearable device to communicate with others directly through thoughts – and more than two-thirds believe this form of communication will be commonplace by 2020. We won’t always need to look for the TV remote either, as 72 percent of those surveyed think we will also use our thoughts to control household appliances by 2020.

76 percent of smartphone owners want traffic volume maps for streets, sidewalks and public areas to report how crowded the area is. 70 percent want to compare daily household use of gas, electricity and water with their neighbors, and 66 percent say a smartphone that checks the water quality of public facilities and compares it with similar facilities nearby would be useful. Over 70 percent think that these concepts will be mainstream by 2020. We are becoming smart citizens. Through our changing behaviors, efficient practices and smarter social norms are developing in our cities.

Sharing cars and bikes is a much talked about idea, and in a recent Ericsson ConsumerLab survey, we have seen that as many as three-quarters of smartphone owners are interested in a sharing economy. It was found that more than half of smartphone owners are already open to renting other people’s leisure equipment, rooms and household appliances. Forty-six percent could even imagine using a smartphone app to book a dinner in someone else’s home. Letting other people use our things when we don’t need them will save resources, but consumers are more motivated by the convenience of not having to own. It appears that saving money by sharing is also ultimately more important than making money from the process.

Of the smartphone owners Ericsson ConsumerLab surveyed, 48 percent say they would prefer to use their phone to pay for goods and services, while a third believe that smartphones should replace cash. However, making purchases entails much more than the transaction of money. Our purses and wallets are brimming over with a collection of loyalty cards, discount coupons, commuting tickets, receipts and scribbled notes – all of which need to remain part of the shopping experience. 80 percent of consumers believe that the smartphone will become a replacement for their entire wallet or purse by 2020, so it is time to think broader than just mobile payments. This is already evident today; 55 percent of consumers would like their smartphones to save their receipts, with 72 percent desiring the ability to disable payment functionality remotely, in case their phone gets lost.

There are situations in which people would prefer to keep their information to themselves, and not have to divulge personal details in order to complete everyday tasks. Forty-seven percent of smartphone owners would like to be able to pay electronically in a similar way – without an automatic and unavoidable transfer of personal information. Another area where consumers feel entitled to their own privacy is personal communication. Fifty-six percent of smartphone owners would like all email, chat and other internet communication to be encrypted. Over half agree that using fingerprints would be better than passwords for this.

Wearable technology has been popular among consumers for some time, but now it is time to shift the emphasis from the novelty of wearing technology to what the advantages may be. Important benefits include the ability to monitor and regulate activities. Our research shows that smartphone owners see cloud-based services of various kinds giving them the potential to live healthier and longer lives – whether the technology can be worn or not. Urban consumers think wearables regulating stress levels could give them an extra 2 years of life on average, and wearables that help with physical activity will have the second largest potential impact, with an addition of 1.9 years on average.

With 57 percent of consumers wanting a domestic robot to do their laundry. Over 40 percent of surveyed smartphone owners would like a domestic robot that could teach them how to use new technology, how to cook healthier meals, give them advice on what to eat, and help them move around at home – even drive them to places. Robots could also help out with tasks beyond the purely functional. More than a third of those asked say that a robot could keep them company. Of those open to the concepts, 64 percent thought all of these robot types will be common in households by 2020. With artificial intelligence becoming cloud-based, the cost of making smart robots is set to decrease dramatically, so the next five years could potentially see drastic changes.

Forty percent of smartphone owners state that the younger children are, the more they rely on the internet for everything. Almost as many respondents believe that children’s experiences relate to the internet in one way or another. For example, 45 percent say that children primarily read from the internet, as opposed to in printed form. Children will continue to drive the demand for a more tangible internet, where the physical world is as connected as the screens on their devices. Forty-six percent of smartphone owners say that those who are exposed to tablets as babies will expect all objects to be connected when they are older. Using information technology will be less abstract in 2020 and beyond.