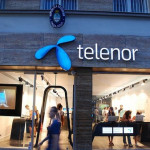 BELGRADE (Serbia), January 4 (SeeNews) – Norwegian telecommunications group Telenor said on Wednesday it plans to invest 30 million euro ($31.3 million) in the development of its network in Serbia in 2017.

The company will focus on the expansion of its 4G network in towns with more than 3,500 inhabitants and expects its coverage to reach 80% of Serbia’s residents in the first half of 2017, Telenor said in a statement.

The usage of mobile Internet in the country increased significantly in 2016 and Telenor handled more than 50% of it, the company added.

In the last two years, Telenor invested 70 million euro in the development of its 3G network in Serbia and now covers the entire population of the country.

The group’s wireless unit competes on the Serbian market of some 7.2 million people with Telekom Srbija’s mobile arm, MTS, and VIP Mobile, a unit of Telekom Austria Group.

In the first nine months of 2016, the wireless unit of Telenor booked a combined operating profit of 643 million Norwegian crowns ($74.7 million/71.6 million euro) in Montenegro and Serbia, down 8.8% on the year.