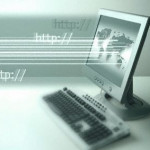 Telesens and Proteo are pleased to announce six months of successful co-operation in software development.

Proteo helps clients work smarter by implementing Cloud Computing, Developing Applications and managing demanding IT and has a diverse range of cross-sector clients around the UK.
Proteo has been involved in software development for almost a decade and had attempted to work with an offshore partner on two previous occasions with little success and with a great deal of resistance from its UK-based developers.

Duncan Cardwell, Managing Director at Proteo said, “To be competitive in today’s market, any serious UK software development business needs to offer a delivery model which incorporates development resource from a lower-cost-based country. We have strived to make a hybrid UK/offshore model work on two previous occasions but, ultimately, the poor quality of deliverables from overseas led to our developers rewriting much of the code and the projects costing more instead of less.”

Proteo was initially attracted to Telesens by their experience in building and supporting telecoms billing solutions across Eastern Europe and Asia.

Duncan continues, “Telesens’ pedigree was different from most other offshore/nearshore outfits, having a solid track record in building and selling its own successful software platforms. This gave us confidence that quality would be at the right level.”

Proteo first worked with Telesens to deliver a time-critical NHS project: “A very experienced and cosmopolitan senior team at Telesens made the cultural fit much closer than we’d previously experienced and the quality of the work was great. We’ve continued to work with Telesens on a number of recent projects and foresee a long-term relationship”

“At Telesens, we appreciate that nearshoring is a two-way street – onshore partners need to be innovative, professional and flexible in order to make it succeed. It was obvious from the outset that the team Duncan put together at Proteo was highly capable,” said Hugh Christey, Telesens Sales Director.