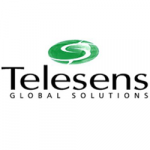 Telesens International, a developer and supplier of software products and IT services to the telecommunications market, with headquarters in London and a development center in Ukraine, registered a subsidiary in Vietnam ‘Telesens VN’ on the 10th of September.

According to Telesens’ Chairman of the Board of Directors Eduard Rubin, the company is set up to promote the entire range of its own products in the countries of South-East Asia, as well as for development of new software.

“South-East Asia is a dynamically growing market and Vietnam is one of its leaders. The Vietnamese economy is one of the fastest growing in the world and it is characterized by a high level of telecommunications development. Telesens sees great potential demand for its BSS products in the market. We will create our own IT Development Center in Vietnam which we will grow by about a hundred staff in a year” said E. Rubin.

He also said that two years ago Telesens International signed a memorandum of partnership with one of the largest IT companies in Vietnam, with which it plans further cooperation development.

Le Anh Tuan is appointed Executive Director (CEO) of Telesens VN. He has ten years of management experience, including a role as head of the Vietnamese representative office of Telesens in Hanoi. Prior to that, he worked in the largest private holding of Vietnam’s ‘Masan Group’ in Kiev and Moscow, and has also headed an IT company in Hanoi.

Koren Elkin is appointed to the position of Operating Officer (COO) of the company. Koren is an experienced manager and a head of several large OSS/BSS and VAS platform implementations. Recently, he served as a regional director of Comverse in Eastern Europe. Koren spent more than ten years in Comverse where he worked in various R&D and management positions.

Telesens International, a developer and supplier of software products and IT services primarily to the telecommunications market, headquartered in London and with a development center in Ukraine, was established in 1998.

Our aim is to support our customers in achieving their goals, whatever the challenges might be.

Telesens Product Line (Telesens PL) is a Strategic Business Unit of the company acting as an Independent Software Vendor to a wide range of Telecom Operators in the field of Interconnect Settlement, Wholesale Billing, Content Settlement and Traffic Trade Management.

Telesens Custom Solutions (Telesens CS) is a Strategic Business Unit focused on professional IT services and projects development for a wide range of customers across the globe, including, but not limited to, Telecom Operators, Systems Integrators (SIs), Independent Software Vendors (ISVs), and Network Equipment Providers (NEPs).