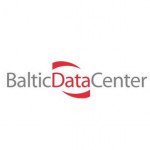 Baltic Data Center, a leader in data centre and information systems management in the Baltic States, has upgraded one of the seven data centers operated by the company with a highly secure system for cooling servers with liquid. According to the specialists who designed the data center, it is the first system of such high reliability in Lithuania. Until now, conventional Freon air cooling systems have been used for cooling the data center. TEO Group investments in the data center upgrade amounted to LTL 0.8 million.

The new data center cooling system will comply with the Tier IV safety requirements. Compliance with these requirements means that companies guided by most stringent reliability criteria (financial institutions, retail companies) can host their systems in the data center. The data center is equipped with a duplicated data network, power supply sources and electricity generators to ensure uninterrupted power supply, and fire systems.

“The upgraded data center will be distinguished for a combination of two extremely important advantages – high reliability requirements and the efficient use of electricity. Thanks to them, we will be able to offer customers to move the systems that have until now been running on their own servers and keep them here very safely and with less cost”, – Saulius Markūnas, Director of Baltic Data Center, said. An APC in Row cooling system, which uses much less electricity than conventional solutions, has been installed in the upgraded data center. For a significant part of the year, the system uses cool outside air, which cools the liquid used for cooling servers. The data center will save around 525 thousand kilowatt-hours of electricity per year – as much as consumed on average by approximately 100 families in their homes.

“The cooling system is one of the critical data center systems. When implementing the project, we increased the cooling system’s reliability from the IInd to the IVth highest tier of reliability according to the data center reliability classification used worldwide. This means that in the event of unexpected failures, routine or preventive works, the cooling system runs without interruptions, since it is equipped with backup cooling system equipment. Duplication of the system ensures its uninterrupted operation for even 99,995% of its total operating time”, – Valdas Vrubliauskas, Director of Automation and Data Networks Solutions Department of Fima UAB, an intelligent engineering solutions company which carried out the data center upgrade works, said about the peculiarities of the system.

Baltic Data Center, a company belonging to TEO LT, AB Group, is a leader in the management of data centers and information systems in the Baltic States. The company owns seven modern data centers, which meet the highest requirements of security, and is the first company in its sector in the Baltic States the activities of which have been evaluated with the international certificate of compliance with the ISO 27001 standard. Baltic Data Center services are trusted and used by the largest Lithuanian and foreign companies. The main focus of the continuously-growing company is on ensuring customers’ business continuity, security, cost savings and competitiveness.