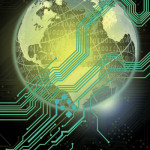 Netcetera’s iOS chief architect Ognen Ivanovski was one of 20 scientists and developers chosen to participate in ESA’s App Camp challenge. The challenge involved producing an iOS applications to make ESA’s earth observation data more accessible to the general public. The 20 finalists were invited to ESA’s ESRIN facility near Rome, Italy, in June. In teams, they brainstormed and created prototypes for a week. ESA awarded the winning concept by Ognen Ivanovski’s team and presented them with an iPad3 each.

The winning team’s app aims to interconnect people concerned about the environment. It helps to understand, learn about, be prepared for or react to various events or remote sensing results. Organized by environmental ‘themes’, such as water, air quality, deforestation or disasters, users browse the datasets and report on a certain issue relevant for that theme and location. Users can also write a short message or post an image.