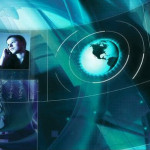 The ninth edition of the open forum MobileMonday (MoMo) in Sofia took place on 6 February, 2012. The free event started at 7 p.m. at club Ginger. The Bulgarian forum is part of the the МоМо initiative, which kicked off in 2000 in Finland. Currently, MobileMonday is held every two months, on the first Monday of the month, in more than 70 cities all around the world.

The main focus of the latest event in Sofia was the technology of augmented reality, which combines information from the physical world with computer-generated data and lets users enrich their environment with virtual objects, graphics, information, etc. Emphasis was put on the practical applications of the technology in business, as well as on the creation of marketing apps to attract customers and generate new revenue.

The list of guest-lecturers included Peter Schwartz, Interactive Media Development Manager with Melon Mobile, who talked about the ways to use augmented reality in order to attract customers, and Hariton Dimitrov, Client Services Director at Lowe Swing Communications, who presented technical innovations in mobile advertising regarding the usage of augmented reality.

Apart from the presentations and discussions, competitions were held too. The awards given included a Blackberry PlayBook tablet and five passes to the World Mobile Congress in Barcelona, each of which is worth 700 euro.

“Everyone who works professionally or is simply interested in mobile technologies is welcome – mobile operators, developers, investors, entrepreneurs, students, journalists, and other enthusiasts. We want to create a predisposing informal environment, where visitors can share ideas and opinions, and establish useful contacts”, said Anton Gavrailov, who is among the organizers of MobileMonday.