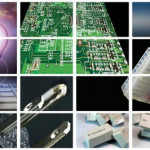 There are a small number of fairly well-known companies that got their starts in Russia, including Parallels and Kaspersky Lab. Now The Skolkovo Foundation wants to help create even more by setting up shop in the U.S. to find business partners that will help take products that are being developed by 30 Russian start-up companies to market.

According to Alexander Lupachev, chief investment officer for The Skolkovo Foundation, the foundation is working with companies that will be headquartered in a new “Skolkovo Technopolis” that is being built outside of Moscow. The companies are drawing funds from 28 venture capital firms and companies such as Cisco, which last week signed a multi-year agreement to invest $1 billion in the project.

Lupachev says that while Russia has no shortage of computer science talent, marshaling those skills in a way that creates commercial entities that address global markets has been a challenge. By aggregating Russian computer science talent in one central location, the hope is it will be easier share knowledge and business acumen across all the companies that are headquartered in the same geographic region. The startup companies involved in this effort, says Lupachev, tend to focus on areas such as speech recognition, optical character recognition, anti-malware software and machine vision technologies.

The role of the Skolkovo Foundation, adds Lupachev, is to help those companies find business partners to bringsthose products to market, which means everything from facilitating the visa process for making trips to Russia, to the setting up of actual business agreements between companies.

Skolkovo is hardly the first effort to create a replica of the Silicon Valle outside the U.S. Just like in Silicon Valley where there are close ties between local start-up companies and Stanford University, these regional technology centers are usually closely aligned with a major university. What’s different about the efforts of The Skolkovo Foundation is that there appears to be a concerted effort to address not just product development, but also the routes for taking those products to market.

Just about any solution provider in the channel will tell you that working with startup companies can be a major challenge. Working with startup companies based outside of the U.S. is even more difficult. But If The Skolkovo Foundation succeeds to helping solution providers based in the U.S. create meaningful business partnerships with companies in Russia then we could be witnessing the beginning of a new era of globalization in the channel.

While many solution providers in the U.S. have operations in multiple countries, hardly any of them work with companies headquartered outside the U.S.to bring those products to market. At the same time, it’s hard for startup companies outside the U.S. to set up marketing and sales organizations in the U.S., so it’s clear some organization such as The Skolkovo Foundation has to jump start the process.

As IT product development increasingly becomes global in nature, it’s also clear that more product innovations are likely to be produced outside the U.S. Given the economies of many of the emerging markets where these technologies are likely to be produced, chances are that many of these products will be aggressively priced while still providing the solution provider with a fairly healthy margin.

With global IT operations become the norm and the IT community itself becomes more diversified, there’s less of a requirement to buy IT products from companies headquartered in the U.S. The fact is that most of the products and services that major vendors sell were manufactured outside the U.S., all of which means it may be long past time that solution providers in the U.S. started thinking well beyond the borders of the country they happen to be located in.