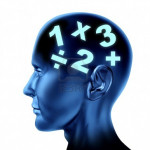 Eastern Europeans and Russians have better mathematical minds than most other nationalities, certainly than Americans.

This forms the foundation of precisely why they are better programmers and writers of code than someone from say, Parsippany, Paris or Perth.

Better at math — a more mathematical mind — means you’re automatically better at computer programming. Stringing together long lines of numbers for writing code is directly related to how good at and how much the coder enjoys math. See how easy that was?

Oh, you won’t let me get away with that? OK, you’ll take more persuading.

From my time living in Russia and getting to know some of the top minds there as well as in Ukraine, Belarus, Bulgaria, Estonia, Lithuania and Latvia it was my clear impression that 95 percent of those technology or other business people could run mathematical rings around me or other Americans. And, it’s not because they have better schools or go to school longer or work harder or any of those things. It’s because as a Russian friend of mine, who was the daughter of not just a mathematics professor father but also a mathematician mother, told me when I asked why Russians typically have such sharp mathematical minds, “In Russia, as children, we’re taught that math is fun not something difficult or to be feared.” I began to see the light.

Now, I had known from my many Russian and Eastern European (EE) friends, that even if their area of technology or science work focus is not computer programming but perhaps physics, photonics, nanotechnology or even biotech, they would occasionally have the burning need for some specialized computer code which would be crucial to their product or technology development path. And so they write it themselves.

They don’t outsource it to India; or engage a virtual coding squad on one of the crowd-sourcing sites — they write it themselves. This personal accountability for developing the key ingredients such as software internally is an absolute must-have for successful innovation and entrepreneurial development.

Reader: Here’s where I make a tie-in for you to a related problem and opportunity for America. In order to compete on the world education stage with China, much less Russia and EE, this country must start streamlining and polishing the way we get the attention of our schoolchildren and infect them with enthusiasm for science, math and the other vital courses of study for the future of our economy.

There has been much-needed talk recently about STEM (Science, Technology, Engineering & Math) education in America. Dean Kamen and his FIRST initiative are a prime example of the execution of this game-changing shift in our educational system.

Good start though FIRST is, we must do more. A few ways to explode STEM education in the USA:

If America can get a comprehensive, working program in place for STEM education instead of a loose consortium of disparate organizations with vague government help, this country can solve the employment, small business, tax revenue and welfare dependency problems … all at once.